Vintage “Pawn Shop” Guitars Are More Popular Than Ever 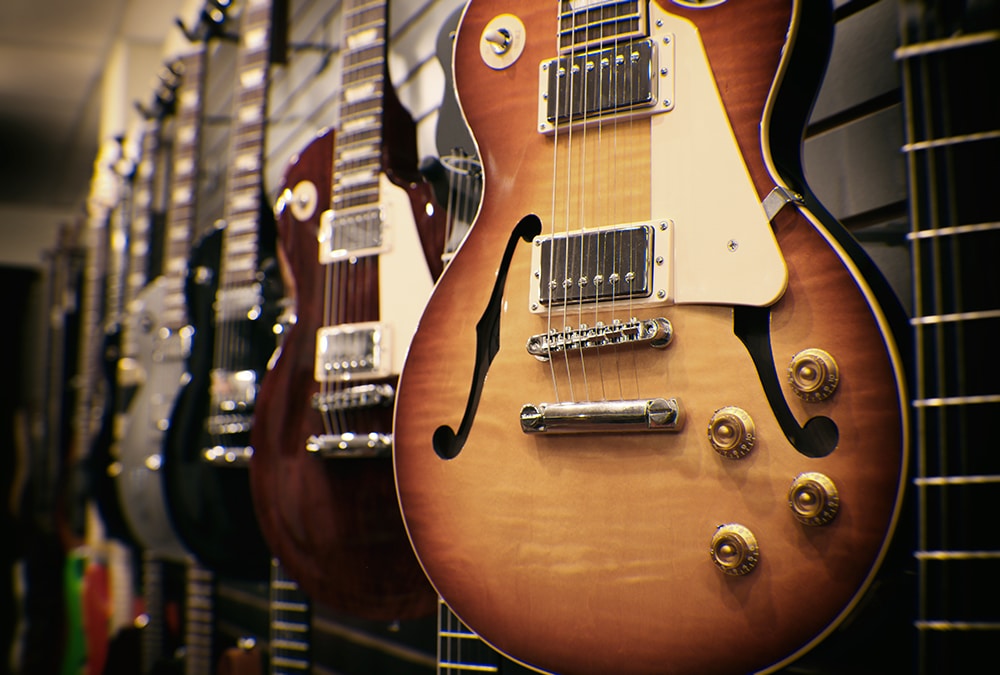 Between the indie rock scene really taking off as of late and the resurgence of various popular guitar brands and models that have been extinct for decades, it’s safe to say the era of unique, vintage guitars is not only upon us once again, it’s here to stay.

Where Did The Hype First Come From?

In the early 2000s, just at The White Stripes hit mainstream, Jack White performed with a 1964 red Airline JB Hutto Res-O-Glass model and it set the music scene on fire. Pretty soon, people were paying thousands of dollars left and right for these otherwise unimpressive and arguably harder to play instruments. In fact, old pawn shop guitars became some of the most popular on the market for the first time in years. However, as quickly as interest in these fascinating instruments arrived, it just as quickly fizzled out by 2010 when Fender, Gibson, Rickenbacker, and other established brands began taking over with newer products that showed off their old-school flair. Until…

The Revolution Of Indie Rock

As bands like the Arctic Monkeys and Vampire Weekend made their way to center stage over the past few years, more and more indie rock artists have begun to show off their wildest instruments, leading younger artists and fans to quickly start searching for their own “new” one-of-a-kind axes as well. Now, it seems as if musicians and fans alike can’t stop themselves from trying to get their hands on as many Silvertones, Guilds, Mosrite Hybrids, Starstreams, and more as they can.

Bringing Brands Back From The Dead

Seemingly by cosmic design, right as the revolution of indie rock began to take off, a new wave of old looking guitars with modern playability started flooding the market, and even powerhouses like Guild began re-releasing models based on those dating all the way back to the 60s. While this may just be an incredibly fortunate coincidence, no one can deny the perfection of the timing.

Looking To Buy or Sell Your Old Vintage Guitar?

Whether you’re an aspiring musician, a retiring one, or just a fan, you’re not going to want to miss out on this incredible time to pick out or get the best price on your guitar – and we can help! At Traders Loans and Jewelry, we’ve sustained our reputation as the oldest and best pawn shop in the Valley since 1954. We’re certain if there’s anyone who can help you find the guitar you’ve been looking for, it’s us, but they go fast, so stop in to Traders Loan & Jewelry today at 18505 Sherman Way Reseda, CA 91335, call 818.345.8696 , or simply fill out the form on our contact page if you have any questions on inventory.